The United Nation’s High Level Panel (UN HLP) on Access to Medicines released yesterday its final report. The Panel was mandated in November 2015 by UN’s Secretary-General Mr. Ban-Ki Moon to find solutions for the “incoherence” between human rights and public health and rules on intellectual property that hinders innovation and access to medicines. Although the recommendations of the report could have been stronger, it clearly recommends the use of pro public health safeguards to promote the human right to health. The report describes some of the challenges faced by countries to make use of those safeguards, however it fails on addressing the responsibility of pharmaceutical companies.

Court cases filed by Big Pharma in Brazil and Argentina are threatening the access to
medicines, and acting against the recommendations of the UN HLP

Brazil and Argentina have adopted public health safeguards in their national laws to reduce the negative impacts of intellectual property rules on access to medicines. These measures are strongly recommended by the UN HLP report released yesterday. However, Big Pharma has filed court cases challenging these pro-public health provisions in both countries.

Civil society organizations in Argentina and Brazil have launched a joint campaign to fight back Big Pharma’s attacks. Fundación Grupo Efecto Positivo (FGEP), Associação Brasileira Interdisciplinar de AIDS (ABIA) & Grupo de Trabalho sobre Propriedade Intelectual (GTPI) are calling for Interfarma and CAEME to cease their attack on Brazil and Argentina for using their right to ensure the access to health of their population and to protect them from the abuses of pharmaceutical companies.

Both countries have adopted universal public health programs that guarantee free distribution of essential medicines to all. In order to secure the access to these medicines, there is a need to ensure sustainable prices for the health systems. While the UN’s HLP report acknowledges that high pricing of medicines is an obstacle for access to medicines and that patents create obstacles to public health objectives, the report fails in going further and acknowledging the responsibility of transnational pharmaceutical companies in respecting public policies that aims to reduce those obstacles and trying to shape laws to put their profits before people’s rights.

In 2014 and 2015, the associations of transnational pharmaceutical companies (Interfarma Associação da Indústria Farmacêutica de Pesquisa in Brazil and CAEME – Cámara Argentina de Especialidades Medicinales in Argentina) went to court suing the national governments for adopting pro public health measures in intellectual property laws in the two countries. In Argentina, Big Pharma is challenging the national patent examination guidelines. In Brazil, the major pharmaceutical companies are challenging the participation of health authorities in the analysis of pharmaceutical patent applications (known as “ANVISA’s prior consent”). Both provisions aim to avoid the granting of unmerited patents, that is, those that do not fulfill the patentability requirements established under international and national laws. Those provisions were strongly recommended by the UN HLP and have shown over the years to be critical to enable access to medicines.

If the corporation’s associations succeed, millions of people in our countries will be threatened to be left without access to low cost generics and prevent the universal access to medicines programs adopted in both countries. The consequences on public expenditures will also be dramatic. So far, low cost generic medicines have been the only way to ensure the access to key essential medicines in our countries given the very high prices set by originator companies in middle income and high income countries.

As the dramatic increases on the price of new medicines is linked to the way pharmaceutical patents are examined and granted, Brazil and Argentina have created strict standards and procedures for patent examination in the pharmaceutical sector and have successfully blocked several undeserved patents, ensuring generic competition and price reductions. The HLP report states that “TRIPS flexibilities – for example, the freedom to determine patentability criteria (…) can ensure that patents are only awarded for genuine innovation. (…) Many governments have not used the flexibilities available under the TRIPS Agreement for various reasons ranging from capacity constraints to undue political and economic pressure from states and corporations, both express and implied” (p.8). The court cases filed by transnational pharmaceutical companies association in Brazil and in Argentina are a concrete illustration of the political and economical pressures mentioned in the HLP report.

The protection of the public health safeguards available under the Brazilian and the Argentinean laws is now more important than ever to ensure access to medicines. The HLP report explicitly recommends countries to “make full use of the policy space available in Article 27 of the TRIPS Agreement by adopting and applying rigorous definitions of invention and patentability that are in the best interests of the public health of the country and its inhabitants. This includes amending laws to curtail the evergreening of patents and awarding patents only when genuine innovation has occurred” (p.9).

But how can the right to health be protected when governments who try to implement this recommendation are being sued by pharmaceutical companies? The current cases faced by Brazil and Argentina represent a good example of “general countries applying a public health-based interpretation of patentability criteria have faced pressure against such an interpretation and application in their national laws” (p.22).

The court cases filed by pharmaceutical companies in Argentina and Brazil are a violation of the human right to health and a disrespect to the sovereignty of countries to adopt measures to protect the public health, as recognized once again in the UN’s HLP report. As such, international community should join forces to demand Big Pharma to respect the right of countries to adopt measures to protect people’s rights.

Join the “Drop the case” campaign and demand Interfarma and CAEME to drop the cases! 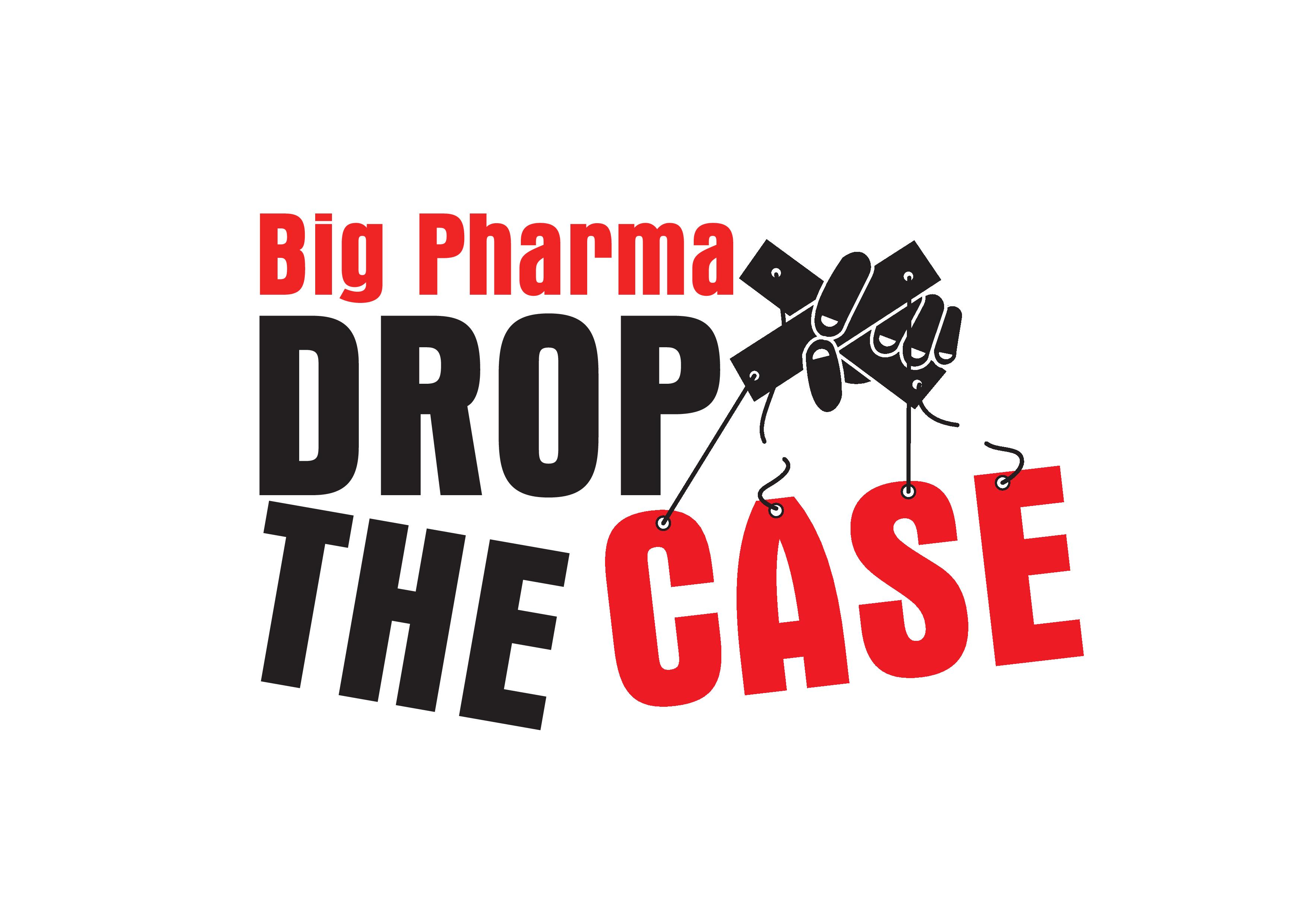 The “Drop the case” campaign on social medias:
On twitter: @Dropthecase2016 – On facebook facebook.com/dropthecase2016
On the internet: http://www.redlam.org/
Online petition: https://www.change.org/p/corporaciones-farmac%C3%A9uticas-abandonen-el-caso-big-pharmadrop-the-case