Buenos Aires, December 1st  – Yesterday at the Bauen Hotel, just hours prior to the World AIDS Day, Grupo Efecto Positivo Foundation (FGEP), an organization dedicated to improve life quality for people living with HIV and Hepatitis C in Argentina, and Dr. Daniel Gollán, Argentina’s Minister of Health, held a press conference in which the current challenges on access to medicines and the need for active public policies to ensure sustainability for the treatment for HIV and Hepatitis C’s public programs were discussed.

The expositions were focused on the impact that the high, monopolic prices that pharmaceutical companies impose have over health systems, jeopardizing the program’s sustainability.

“This is a topic currently being discussed all over the world. Every world leader agrees with this: medicines’ high prices are de-financing health systems everywhere. And not only because of new generation drugs but also because of old generation medicines, many of which were developed with public funds. The effort that FGEP is carrying on in the sense of reverting this situation is fundamental for the defense of the right of access to health” declared Dr. Daniel Gollán, Argentina’s Minister of Health.

FGEP, an organization of people living with HIV and Hepatitis C, has been working for years for the right to health and universal access to medicines, specifically focused on HIV. “The launch of our campaign #VIHhoy (HIVtoday): our rights are not negotiable aims to visibilize the key points on where to focus the response to HIV today in our country” said Lorena Di Giano, Executive Director of Grupo Efecto Positivo Foundation. 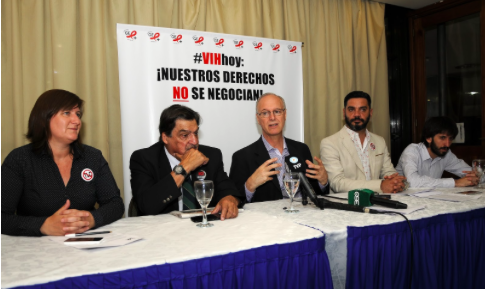 The multinational pharmaceutical industry, owned by different financial groups, seeks to generate monopolic positions through the abuse of the patent system to maximize profits selling essential medicines for HIV and Hepatitis C treatments. In Argentina and all over the world, these actions mean a direct threat to the sustainability of national health programs. ”Over 90% of Argentina’s Ministry of Health HIV budget is spent on medicines”, added José María Di Bello, FGEP’s General Secretary.

In this context, after years of intense activity, the Grupo Efecto Positivo Foundation held this press conference to bring its every day actions to the public eye, looking to help raise consciousness over the importance of defending universal access to treatment in Argentina and Latin America. Currently, one of the most important local public health policies is being threatened by a lawsuit brought against the State by the Argentina’s Chamber of Medical Specialities (CAEME, in Spanish) along with 26 foreign pharmaceutical companies, who are seeking the annulment of the guides for the examination of pharmaceutical patents. These guides represent a public policy considered a model in the world for its orientation towards a good administration on the medicine’s patents system and its control of the company’s abuse of it. As expressed by Jorge Rachid, an authorized voice on the medicine’s public production subject: “in the end what’s at stake is the defense of national sovereignty and the people’s right to health”.

In this sense, two key actions to improve access to medicines were announced:

The announcement of FGEP’s actions reaffirmed that “Medicines are not a merchandise, but a Social Good to guarantee access to the fundamental Human Right to Health”. 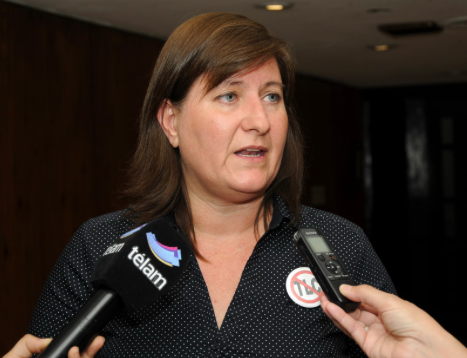 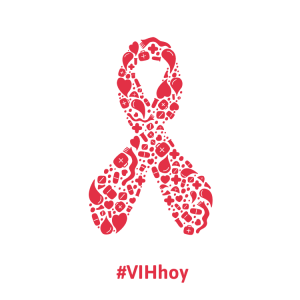 The campaign #VIHhoy (HIVtoday) that FGEP is carrying at a new World AIDS Day aims to visibilize the main challenges that people with HIV are facing in Argentina. Under the claim “Medicines are not a merchandise, but a Social Good to guarantee access to the fundamental Human Right to Health” FGEP proposes to replace profile pictures and avatars in social media with the picture especially designed for the occasion (see above), available through its Facebook and Twitter accounts, to help raise consciousness on the importance to defend the free access to medicines.

People with HIV under threat

At the event there was also participation of many organizations, activists and people with HIV that were interested to engage in these conversations that hace direct impact on their current and future life quality.

«I’ve been in treatment with Kaletra for the last seven years, and it has always worked great for me and other people I know. I consider it fundamental because many people like me have tried different drugs without having a good response. It is vital that we defend our right to access this treatment and do all we can to ensure and expand its availability» highlighted Natalia Paggi, 34 yearls old, member of the Grupo Convivir. 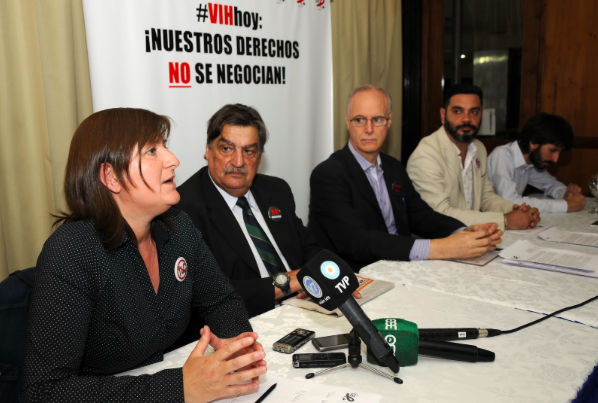 Present personalities: The conference was attended by national authorities and members of FGEP: