RedLAM in Geneva: A week of actions against the Corporate Power and to reclaim Peoples Sovereignty

RedLAM in Geneva: A week of actions against the Corporate Power and to reclaim Peoples Sovereignty

Between October 12th and 19th, RedLAM is in Geneva participating of the “Week of Peoples”, a wake up call to social movements worldwide to contribute to the debate about the adoption of the Binding Treaty on Transnational Corporations and Human Rights at the UN.

This week in Geneva, Switzerland, social movements, networks of organizations and affected populations are participating in the 5th Session of the UN Human Rights Council working group for a Binding Treaty on transnational corporations and Human Rights. The objective is to make contributions to the document that member states are negotiating. Lorena Di Giano, General Coordinator of RedLAM, representing affected communities, is contributing from a health and access to medicines perspective as part of the Global Campaign to Reclaim Peoples Sovereignty, Dismantle Corporate Power and Stop Impunity.

The Global campaign triggered the construction of a Binding Treaty: a tool that is expected to consider communities as legitimate subjects to react against Human Rights violations and to dismantle legal privileges of transnational corporations.

In order to respond to affected communities demands, in 2014, the UN Human Rights Council approved the  Resolution 26/9 that creates the Working Group aiming to develop a legal instrument for the adoption of the Binding Treaty to stop the advance of transnational corporations over Human Rights and guarantee access to justice for affected communities.

Why? At international level there is a lack of regulation on transnational corporations actions that leaves victims unprotected from abuse or violation of their rights. International law in force does not provide any effective tool to penalize the head offices of transnational corporations for their actions against people in different countries. So far, international law refers only to the responsibility of States. Therefore, it is necessary to count on an International Court to intervene in those cases where affected communities are neglected by States. 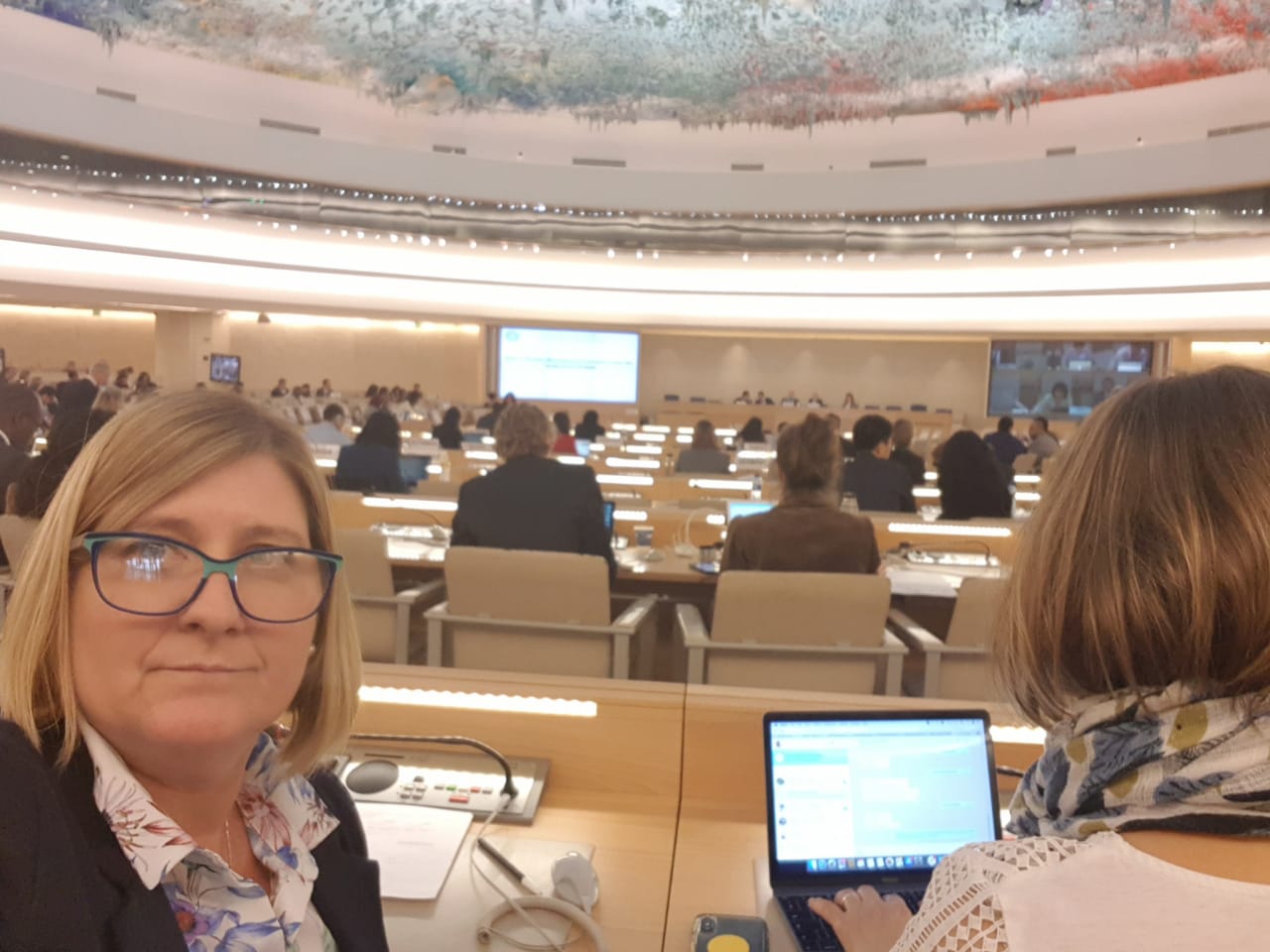 Transnational corporations actions impact on the day-to-day life of people who are victims of the exploitation of their lands, of the appropriation of medical technologies to make profits on lives, of the extractivism, of the financial policies of the international credit agencies and on women precarization of labor and gender inequalities.

RedLAM through the work of its organizations member, Fundación GEP and ABIA, focused on barriers to access to medicines generated by the legislation on pharmaceutical companies that prevent people from accessing the Right to Health. RedLAM urged the States to adopt the Binding Treaty that stop violations carried out by corporations.

“We are victims of a patent system, result of the corporate capture of our States that allows corporations to “legally” appropriate medical technologies and set extortive prices through monopolies. This is unacceptable and we need to end it with an international binding tool to prevent our people from suffering”, expressed Lorena Di Giano.

As part of the activities carried out during the week of Peoples, RedLAM participated in the mobilization in the streets of Geneva and claimed for the rights of affected communities, for the adoption of the Binding Treaty and for climate justice. Protestors rejected the repressive actions against the people of Ecuador who are mobilizing against oppression and cuts in the public budgets as a result of the agreement with the IMF. 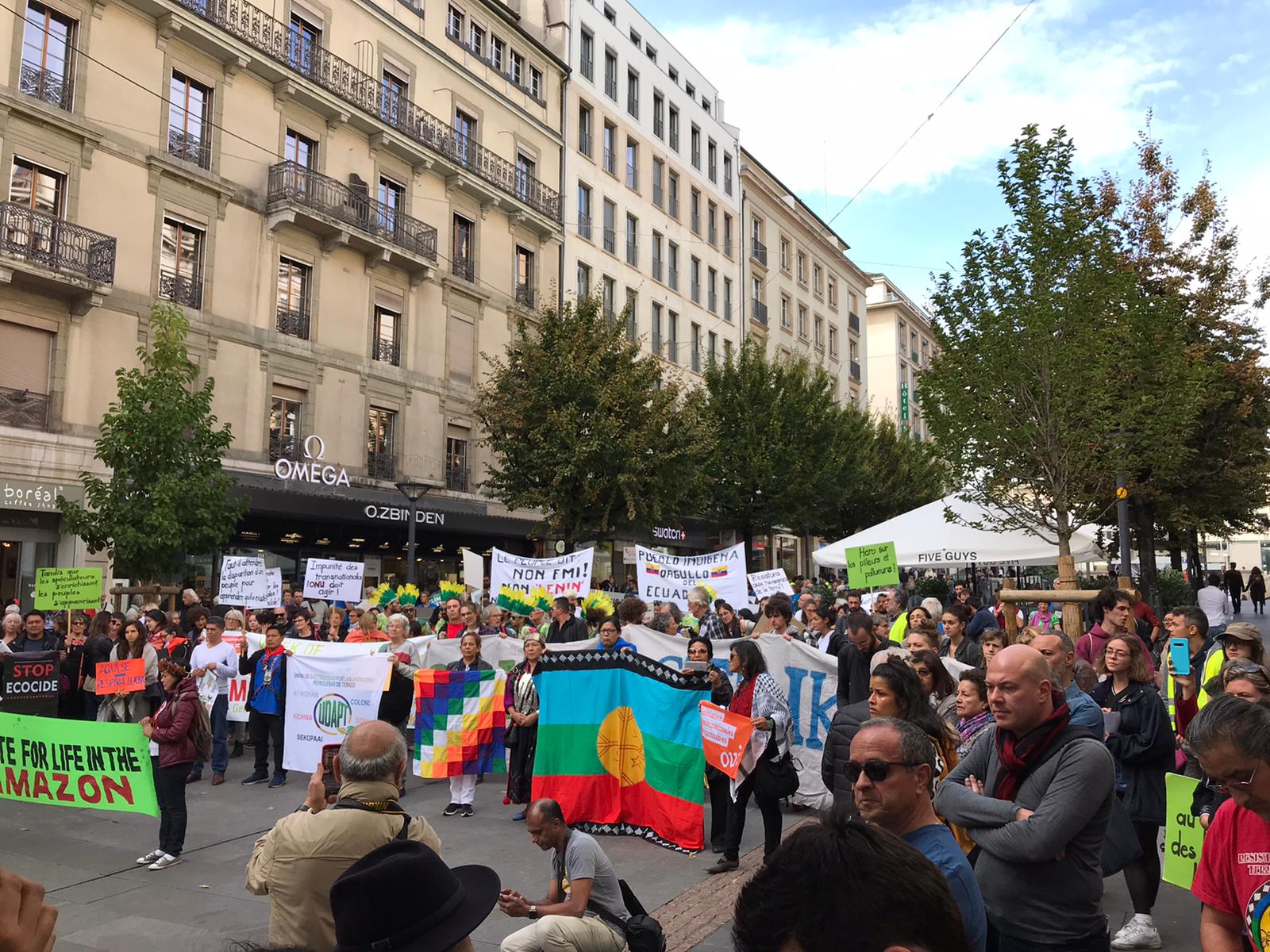 Lorena Di GIano, representative of RedLAM and other delegates of regional organizations also participated on side events: “towards an enhanced Binding treaty: points of view, resistance and recommendations from Latin America on future actions”.

To know more about the  Global Campaign for the Binding Treaty to Reclaim Peoples sovereignty, Dismantle Corporate Power and Stop Impunity

Here: the Draft Zero of the Binding Treaty that will be discussed this week at the UN Human Rights Council.